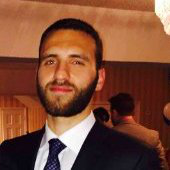 My interests include Household Finance, Housing, and Macro Finance. I work on methods that exploit non-causal machine learning techniques to improve causal inference.

The goal of this post is to illustrate a point made in a recent tweet by Amit Ghandi that Simpson’s Paradox is a special case of omitted variable bias.

Let’s start with some definitions:
Simpson’s Paradox: a statistical phenomenon where an association between two variables in a population emerges, disappears or reverses when the population is divided into subpopulations.
Omitted Variable Bias (OVB): when a statistical model leaves out one or more variables that is both correlated with the treatment and the outcome.
Case Fatality Rate (CFR): the proportion of people who die from a specified disease among all individuals diagnosed with the disease over a certain period of time.

Example: COVID-19 in China versus Italy

Let’s illustrate this with a simulation in the Julia Language.
The variables are defined in the table below:

Causal interpretation $\hat{\beta}_{xy} = 1\%$: if we intervene and move a diagnosed patient from China to Italy, the probability of the patient dying from COVID-19 will be 1% higher in Italy.
Assumption 1: the Chinese and Italian data was correctly measured and reported.
Assumption 2: the “treatment” (China vs Italy) is uncorrelated with unobserved determinants of survival. This is the famous CMI assumption: $E\left[ \varepsilon | X \right] = 0$.
Note: the identifying assumption (CMI) required for a causal interpretation is very strong. In general treatments are often correlated with variables which are also correlated with the outcome. In this case, the confounder is age, Italy’s population is older than China’s.

In general each reader can decide how convinced he is with the identifying assumption and thus how to interpret an estimate. Importantly, non-causal estimates are often still very useful in contexts where our goal is to make predictions.

You May Also Enjoy

This post compares the way random variables are handled in Julia/MATLAB/R/STATA/Mathematica/Python. It was inspired by Bruce Hansen’s recent textbook which compares statistical commands in Matlab/R/STATA on page 114. This post will focus on the main methods for working with random variables in a language: e.g. Distributions.jl is the flagship Julia package for random variables, MATLAB’s internal distributions, Base R, Base STATA, Mathematica, and Python’s SciPy.